Thyroid problems in dogs are often difficult to recognize because the symptoms are so subtle. You might notice a change in the level of your dog’s energy, weight gain, or severe skin problems, but not associate these changes with anything serious that you should be concerned about. To detect thyroid problems a dog needs a blood test before the symptoms can be correctly diagnosed as a thyroid problem. 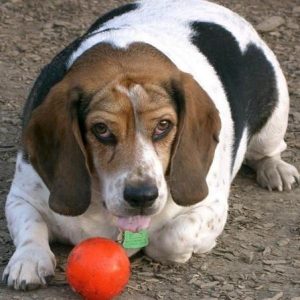 Hypothyroidism Kennel Cough in Dogs is a common illness in dogs and occurs when not enough thyroid hormones are produced in the animal’s body. The thyroid hormone has many functions and the most important is to regulate metabolism. Weight gain then becomes one of the most noticeable symptoms of hypothyroidism.

Approximately 90 percent of hypothyroidism cases are caused by a genetic autoimmune disease called thyroiditis, which produces anti-thyroid antibodies in the dog’s body. Sometimes the disease will develop as early as puberty even though the clinical signs won’t appear until later in a dog’s life.

Symptoms of hypothyroidism include weight loss, an elevated heart rate, increased urination, hyperactivity, lethargy, excessive hair loss and shedding, an intolerance for exercise – especially in colder weather – a low heart rate, and sudden changes in behavior such as increased aggression. All dogs suffering from hypothyroidism don’t display the full range of these symptoms, and some may exhibit only a few mild symptoms in the early stages of the disease.

In more serious cases, a dog may have seizures, chronic hepatitis, cardiac irregularities, or a loss of smell or taste.

To detect and diagnose hypothyroidism, a vet will do a blood test called a T4 panel which measures the level of thyroid hormones in the blood. A dog that tests positive for thyroid disease will require medication to regulate the thyroid hormones for the rest of its life.

More than 50 different breeds of dogs are genetically predisposed to developing thyroid problems. No matter which breed of dog you have, if these symptoms become noticeable and last for a protracted period of time, you should have your dog tested before the disease can cause serious damage.