Too many people feel that if you adopt a rescued dog you’re just settling for a pet no one else wanted. You might think there must be something wrong with the dog or it wouldn’t be in a shelter. Or maybe you feel that if you can adopt a cute little puppy, why would you want to take someone else’s “used” dog? 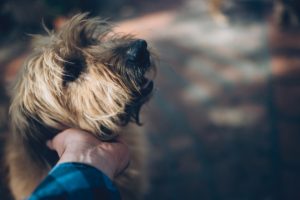 Not all dogs in animal shelters or dog rescue organizations are animals that nobody wanted. A more common scenario is that the dog had a loving home and was well cared for by its owner but ran away or was picked up by an animal control officer and the dog had no ID tag to identify its owner.

Another reason a good dog can end up in a shelter is because its owner was no longer able to care for it due to illness or death, and sometimes due to financial hardship. Some wonderful dogs are surrendered to a shelter by their owners simply because there is a new baby in the family and the owners are afraid of keeping the dog in the same house as a newborn. If you spend some time visiting an animal shelter you will hear many heartbreaking stories about adorable and devoted dogs being given up by their owners for many different reasons.

It’s also true that some dogs are surrendered to shelters because their owners could not afford the medical costs to treat a curable disease the dog has developed, or in some cases they were just disappointed that the dog was not behaving exactly as they expected it to.

There are many advantages if you adopt a rescued dog. The previous owner may have had the dog vaccinated already which saves you money. There’s a good chance that most of the dog’s basic training may have been completed, making it much easier to acclimate a new dog to your home and lifestyle. Rescued dogs usually make perfect pets and companions as they are so happy to be out of the confines of a shelter and find someone new to be devoted to.

Today’s society is a disposable one. Everything we buy seems to be disposable at some point in its existence. If so much of what a person owns is deemed to be disposable, why not a pet that’s no longer needed? Unfortunately this way of thinking is more common than most people realize. When you adopt a rescued dog you’re really adopting something previously thought of as disposable, and making it useful again.

All dogs, and especially rescued dogs, deserve another chance to be man’s best friend and indispensable companion. When you adopt a rescued dog it will love you for its entire lifetime.