Rescued from a Puppy Mill 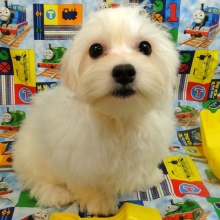 PrevPreviousShould You Sleep With Your Dog
NextControlling Cancer Pain in DogsNext