Everyone wants to have smart kids, right? And most dog owners would like to have smart dogs. But understand that measuring intelligence in dogs is not a simple task. 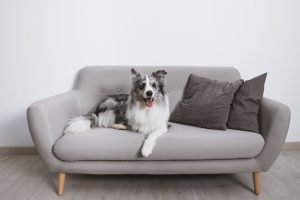 Whether a dog is considered to be smart or dumb depends upon certain characteristics of the animal’s behavior. Obviously Nobel Prize-winning physicist Albert Einstein was intelligent. He had to be or he could not have developed his Theory of Relativity which required mathematical brilliance. Yet he was so bad at simple arithmetic that he could never balance his own checkbook.

Intelligence can be measured in many ways. In human beings, verbal ability, numerical ability, logical reasoning, and memory are considered measurable degrees of intelligence. Intelligence in dogs also can be determined in measurable degrees. Instinctive intelligence refers to what a dog was bred for. For example, herding dogs were bred to herd animals. Their ability to round up sheep or cows, keep them grouped together, and drive them in a specific path is inborn. Human intervention is only required to keep the dogs under control and give them direction.

Different dog breeds have different types of inherent intelligence. Guard dogs are bred to guard people or things; retrievers retrieve; hounds track; pointers sniff out birds and indicate their location by pointing; and companion dogs are attuned to human moods. Every dog has an inbred intelligence of some sort, and to make comparisons of which is the smartest breed is really not possible because each breed has different abilities.

When humans think of dog intelligence they think of highly trained animals like police dogs, guide dogs for the blind, hearing assistance dogs, or search-and-rescue dogs. A dog that responds properly to its master’s commands leads us to believe that we are viewing the peak of dog intelligence. When a dog responds to a command and appears to understand what a human is communicating, it is simply demonstrating one of the important characteristics of its intelligence. If dogs did not respond to human instructions, they wouldn’t be capable of performing the tasks that we expect of them and they would never have been domesticated. This type of intelligence is referred to as “working and obedience” intelligence. It’s the closest thing to what we as humans consider to be school-learning ability.

When it comes to measuring intelligence in dogs, every dog has an instinctive intelligence for which it was bred, and some dogs considered lower in intelligence have other qualities. Every year People magazine has a special issue featuring “The 50 Most Beautiful People in the World.” They have never had an issue featuring “The 50 Most Intelligent People in the World.” If we consider “beautiful” to be one of the most important characteristics of humans, then the same should apply to dogs. And beauty is always in the eye of the beholder – in this case – the one who owns the dog.

PrevPreviousCan You Afford a Dog?
NextCleaning Dog Stains and OdorsNext