A Guide to Common Illnesses in Dogs 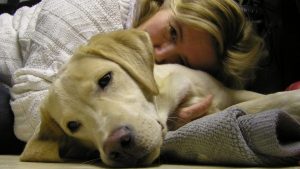 When your pet appears to be very ill, it’s important to monitor your dog carefully and call your vet as soon as possible with a report on what you have observed.

Some of the most common illnesses in pet dogs include canine distemper, parvovirus, heartworm, bloat, tapeworm, and rabies.

Canine distemper is a dangerous, incurable disease that can seriously affect your dog’s health. Treatment can be very costly, and if your dog survives canine distemper, there may be lifelong neurological damage.

Symptoms of the early stages of canine distemper include diarrhea, mucus discharge from the eyes and nose, and coughing. As the disease progresses into its final stage the dog will have seizures.

Parvovirus is another viral illness especially dangerous to puppies. Symptoms of parvovirus include decreased appetite, bloody diarrhea, vomiting, and lethargy. Treatment for this illness requires lots of fluids and antibiotics. Parvovirus kills about eighty percent of the dogs it infects, but it too is preventable through vaccination.

Heartworm is a parasitic disease spread by mosquito bites. The parasitic worms grow and live inside the dog’s heart chambers. Symptoms of this disease include coughing, difficulty breathing, an unwillingness to exercise, and congestive heart failure. Heartworm is very difficult to treat and many dogs don’t survive the treatment. It’s easily preventable with a monthly dose of a heartworm preventative.

Bloat is a life threatening condition quite common in large dog breeds like Great Danes and Mastiffs. Bloat occurs when a dog overeats or eats meals too quickly, causing gas or fluid to build-up in the dog’s stomach. If a dog becomes bloated, its stomach can become twisted, cutting off circulation to the internal organs. If not treated immediately, bloat can kill your pet.

Symptoms of bloat include:

Tapeworm is a very common parasitic ailment that affects most dogs. These parasites live in a dog’s intestines, and can grow as long as eight inches. They are spread when your dog contracts fleas and swallows one that contains tapeworm eggs.

You’ll be able to tell if your dog has tapeworms because you’ll see small white segments of the worm moving around in the feces. Tapeworms are easy to treat with oral medication.

Rabies is a viral disease, spread from one animal to another through saliva. Rabies causes an animal to become aggressive, easily spreading the disease through bite wounds. Rabies is deadly and contagious to humans. All dogs are required to have rabies vaccinations.

Symptoms of rabies in its early stages include behavior changes, fevers, and slow eye reflexes. As the disease progresses, a dog usually becomes increasingly aggressive, barks excessively and without reason, acts irritable and restless. In the advanced stage rabies leads to motor breakdown, coma and death. Dogs who contract rabies are required to be euthanized.

PrevPreviousMake Holidays Safe For Your Dog
NextTwas The Night Before ChristmasNext