The American Animal Hospital Association undertook a survey of more than 1,000 pet owners which revealed that the companionship and affection of our pets play a much stronger part of our lives than most people realize. 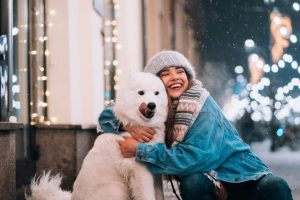 This national survey was conducted by The American Animal Hospital Association using its membership rolls covering 39 states across the U.S. plus several provinces in Canada. Those who answered the survey were pet owners who had taken their pets to a veterinarian who was also a member of the AAHA.

One of the most interesting results of this survey was the answer to the question “If you were forced to choose between human or animal companionship if you were deserted on a desert island,” more than 50% of the pet owners surveyed would prefer the company of a family pet rather than another person.

I’m not quite sure whether this speaks highly of our pet animals or it reflects most people’s disenchantment with their fellow man.

The American Animal Hospital Association also asked pet owners about their day-to-day interactions with their pets. The results provide an interesting insight into how people are humanizing relationships with their pets.

Here are some of the more interesting survey responses from the 79% of the respondents who had a dog:

57% would want a pet as their only companion if deserted on an island;
80% selected companionship as the major reason for having a pet;
72% said that affection is their pets’ most endearing trait;
79% give their pets presents on holidays or birthdays;
33% talk to their pets on the phone or through the answering machine;
62% often sign letters or cards that include both their name and their pet’s name;
55% consider themselves a mom or dad to their pets;
94% believe their pet has humanlike personality traits;
50% thought their pet listened better than their spouse did;
34% said their pet enjoyed watching TV, mostly animal planet, followed by cartoons, then sports;
100% said they talk to their pet;
97% felt they knew what their pet was saying;.
78% speak for their pets, speculating on what there pet would say if it could talk;
63% acquired their dog when it was less than 3 months old;
50% did not have a preference for a particular breed of dog while 30% wanted only a purebred dog;
48% specially prepare their dog’s food such as heating it or preparing special meals for their pet.

So the next time someone in your family or a friend criticizes you for paying too much attention to your pet dog, show them these survey results, then sit back and ask them, “Now what do you say!”